With the popularity of smart speakers on the rise, nowadays everyone’s looking to get one for their home and Google’s Home or Nest devices have been the go-to options.

Google Home/Nest devices come with Google Assistant which is arguably the best virtual assistant available to the general public.

With Google Assistant’s integration in almost all available smart devices and its reliability, Google Nest devices are the smart speakers to pick for your smart home setup.

But even Nest devices aren’t perfect and keep running into some weird bugs from time to time.

Recently some users are reporting that the Google Assistant on their Google Home or Nest devices is responding in a different language and not the one set as default in the settings.

Why is it answering in French when both asked and summoned in English?
Source

This morning I asked my home mini to send a broadcast. After I gave the message, she said sending now, and then said a few sentances in Spanish that didn’t mean anything (just random words) and then giggled for a solid minute. My default language is English and I never ask it stuff in Spanish, and the giggling wasn’t any response to the broadcast or anything. Was this a bug or something?
(Source)

My hubs will randomly answer in French. Why?
(Source)

Another user reported that his Nest Mini when asked to translate something was translating to Italian even though he has set location in device information as Greece.

The user goes on to add that their Nest Mini was imported from Italy, but this still doesn’t explain the situation given that they set up the smart speaker afresh and U.S. English is their default language.

Google hasn’t acknowledged the issue yet but we are hopeful they will soon get to know of the matter as multiple users report it and resolve the issue.

The Assistant has had plenty of issues on the various devices it runs on and not just the Nest/Home and Nest Mini. Google sure fixes some of them, but more keep showing up.

We will keep following the matter above and many others and keep you updated on any developments in the future, so stay tuned to PiunikaWeb. 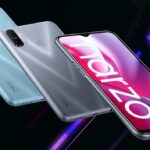