Samsung has been overly quite about its Android 12-based One UI 4.0 update which is currently in the beta testing phase.

While the One UI 4.0 beta is being tested for the Galaxy S21 series devices, the OEM has a vast portfolio of Android 12 eligible devices.

Among them, several devices from the Galaxy A Series which are also part of Samsung’s three Android OS updates program.

This means that some of these devices will get OS updates till Android 14 whereas some new entries may get the same till Android 15. It is, however, unclear which newer entries in the series are eligible for three Android OS updates.

Apart from that, a bunch of Galaxy A Series devices are indeed in line to get the upcoming One UI 4.0 (Android 12) update. So, here’s a list of devices from the series that we believe will get the upcoming OS update:

Since Samsung has not yet shared any timeline or feature details for One UI 4.0, it is unclear what the OS update will bring for the Galaxy A Series devices.

However, considering how the OEM has been doing on the software front, the upcoming Android 12-based custom skin is expected to bring many improvements and features.

To recall, reports indicated that Sound Assistant support for DeX on eligible tablets might be added with One UI 4.0 along with redesigned apps, new animations, and much more.

Thus it is safe to assume that the upcoming OS update from Samsung might bring major changes to the eligible Galaxy A Series devices as well.

However, all this is still based on speculation until the OEM shares more details regarding the One UI 4.0 (Android 12) update.

Also, Samsung will first focus on updating its flagship devices to One UI 4.0 (Android 12) before moving on to other eligible devices.

That being said, we will keep tracking the development of One UI 4.0 (Android 12) for the Galaxy A Series devices and will update this story as and when new information emerges.

In the meantime, be sure to keep an eye on our dedicated Samsung Android 12 (One UI 4.0) update tracker to get the latest updates on the topic.

IST 10:21 am: Fido has updated their update tracker to show that the Galaxy A12 is slated to get updated to Android 12 come November 16. How true these claims are remain to be seen.

This is most likely a mistake and as such, should be taken with a pinch of salt. Many thanks to Grim Oak for the tip.

IST 10:14 am: Now Samsung has unveiled its Android 12-based One UI 4 rollout plan. A number of Galaxy A devices are slated to bag this update next year. More on that here.

IST 04:35 pm: New developments indicate that Samsung might have begun testing the One UI 4.0 update based on Android 12 for the Galaxy A51 (Indian variant).

A new build (FLU4) was spotted on the CheckFirm app indicating a major release granted that the latest build is EUJ4. Of course, this by no means guarantees that we’ll see the update go live anytime soon.

IST 11:43 am: A YouTube channel named MoboNews has uploaded a video of the Samsung Galaxy A52 running Android 12-based One UI 4.0. This comes as a surprise as Samsung is yet to release an Android 12 update for Galaxy A52 phones.

For now, users of Galaxy A52 can check out the hands-on video, however, the official update will take some time to reach your handset.

IST 11:06 am: Samsung is reportedly rolling out stable Android 12-based One UI 4 to users of the Samsung Galaxy A72.

IST 10:29 am: Samsung is updating the Samsung Galaxy A52 to Android 12-based One UI 4 starting with users in Russia. This can be identified by the build number A525FXXU4BUL8.

IST 04:13 pm: Samsung Galaxy A42 users have now begun receiving the Android 12-based One UI 4.0 update. It comes with version A426BXXU3CUL9 and is initially rolling out in Poland.

Moreover, the Galaxy A52 is also receiving the latest update in Canada and Galaxy A72 in India.

11:21 am (IST): The Galaxy A52s is now getting the latest Android 12-based One UI 4.0 update in India and some more regions. The new software update bears version number A528BXXU1BUL7.

01:51 pm (IST): Samsung is now expanding its Android 12-based One UI 4.0 update to more regions as Galaxy A52s users in South Africa have reportedly begun receiving this update.

05:58 pm (IST): Thanks to one of our readers, we now know that Samsung Galaxy A52s has begun receiving Android 12-based One UI 4.0 update in Egypt. 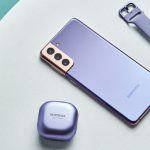