Apple is working on its upcoming new versions of macOS for its Macs and iPadOS for its iPads with macOS Monterey and iPadOS 15 respectively. While the official stable release for both is at least a month away, we have seen some decent progress already.

One of the most hyped features that is set to demonstrate the cohesiveness within the Apple ecosystem is the Universal Control feature.

For the uninitiated, Universal Control should allow users with Macs and iPads to use the Mac’s mouse and keyboard on the iPad and other devices, all without a physical connection. Understandably, users in the Developer Beta program have been stoked and eagerly waiting to use this feature or at least take it for a spin before the official stable release.

However, even after getting this feature to work, there have been some limitations. See, Universal Control is expected to allow users to drag and drop files, photos, videos, and more between devices, which is not yet present in the scenarios that have worked so far.

Anticipation has been rife in the community as users hoped that the Developer Beta 6 build would be the one to finally get this feature to work in some shape or form.

Even with the anticipation, it looks like Apple hasn’t enabled the Universal Control feature in the latest macOS 12 Developer Beta 6, much to the disappointment of anxious macOS users.

The disappointment in the community is palpable and the only ray of hope or solace is the memes that have resulted from these shuttered expectations.

Even more disappointing is the fact that the Terminal workaround to get Universal Control to work on the Developer Beta 5 doesn’t seem to be working anymore on Beta 6 so Apple might have patched that up.

I tried the GitHub solution to make universal control work, but its not working between my Mac and iPad Pro.
Source

It remains unclear why Apple is actively shutting users from previewing this feature or why 6 beta builds in, the company still hasn’t made any previews of this feature available to the public.

Is Apple saving this Universal Control feature for the stable release of macOS 12? Is Universal Control going to end up unreleased like the AirPower? Only time will tell. We shall continue to keep an eye on this feature and update as and when we get more info so stay tuned.

In the meantime, check out our iOS 15/iPadOS 15 tracker and the macOS 12 tracker.

10:32 am (IST): Apple released the first beta of macOS 12.3 and iPadOS 15.4 to developers. And there are hints that these beta builds have enabled the long-awaited Universal Control feature.

04:05 pm (IST): Apple has seeded the macOS 12.3 beta 3 for public testers. This version brings Universal Control that is designed to allow multiple Macs and iPads to be controlled using a single mouse/track and keyboard.

NOTE: We have these and many more Apple stories in our dedicated Apple section. 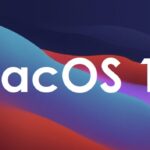 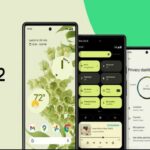