Motorola recently started seeding the Android 11 update to the Motorola G Pro which made it the first device from the Lenovo-owned smartphone maker to bag the new Android version.

The update is gradually rolling out to Motorola G Pro units around the world and brings with it a bunch of new features that were introduced with Android 11. 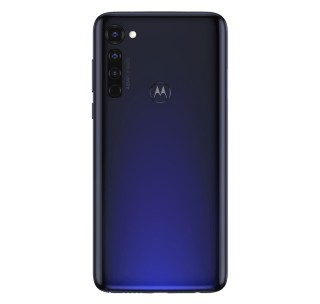 The Motorola G Pro is the only device for which the update is available. Although, Motorola appears to be testing Android 11 on a bunch of devices including the Motorola One Action, One Hyper, and One Vision.

That said, once Android 11 goes live for these devices, Motorola smartphone users can then look forward to getting the update to Android 12.

Android 12 was recently released as a Developer Preview for the Pixel devices by Google. Since the update is meant for developers to begin optimizing their apps for the upcoming Android version, there aren’t many new features or improvements at the moment.

The Developer Preview program is scheduled to end in April after which Google will kick-start the public beta program for Android 12. During this period, some OEMs will also offer Android 12 in beta form for their flagships.

Unfortunately, it’s unlikely that we’ll see Motorola join Google to release the Android 12 beta for any of its devices since the company has strayed away from this practice in the past.

Motorola usually seeds two major OS updates to mid-range and flagship devices whereas the budget-friendly offerings get one major update.

With this information on hand, we’ve come up with a list of Motorola devices that we believe will be eligible for the update to Android 12. Check it out below:

As for the Motorola G9 and G8 devices that come with Android 10 pre-installed, it’s unclear whether Motorola will seed Android 12 to these devices since the company has been rolling out only one major OS update to the G series in the past.

And since these devices run Android 10, the update to Android 11 may be the final major OS update these smartphones will get.

Motorola started seeding the Android 11 update roughly 4 months after Google rolled out the stable update for its Pixel devices.

So if Google sticks to its previous rollout timeline, we may see the first Motorola device get the Android 12 update in January 2022.

However, considering that most OEMs are steadily improving by pushing updates earlier than before, there’s a slight chance that we may see Android 12 make its way onto a Motorola smartphone before the end of the year.

Of course, we also expect to see the company begin the soak testing for the upcoming Android version ahead of the public rollout. Having said that, you can head to our dedicated tracker to know everything about Android 12.

IST 03:55 pm: A recent Reddit thread indicates that Motorola currently has no plans for the Android 12 update for Motorola Moto G20. Check out the complete coverage on the same by heading here.

IST 13:15 pm: Motorola just confirmed that they will be updating the recently launched Motorola Edge 20 series to Android 12. You can read more about it here.

IST 03:57 pm: Some Motorola Edge 20 Lite and Edge 20 Fusion users may get a chance to experience the Android 12 update ahead of the general public thanks to the MFN program that has been kick-started. More on that here.

IST 11:44 am: In a recently published blog post by Motorola, the OEM goes on to introduce its Android 12- based My UX. This build is expected to start rolling out in February 2022 with these devices set to get updated.

IST 12:04 pm: A Motorola admin has come out to clarify a few issues about how Motorola plans to roll out Android 12 to its devices.

Hello, I think there is some confusion surrounding the Android 12 announcement. We did say “Android 12 is currently undergoing beta testing with our Motorola Feedback Network, and our official Android 12 rollout will begin in February 2022.”

However, this doesn’t mean that every model on the list is going to get updated in Feb. It means we will start rolling out our first Android 12 updates in February. That being said, when it comes to beta testing, (if you haven’t already) I’d recommend signing up for our Motorola Feedback Network (MFN).
Source

IST 9:00 pm: Many users who enrolled in Motorola Feedback Network for Android 12 Beta test are now wondering if Motorola actually started the process. More on that here.

IST 05:55 pm: Moto G Stylus 2022 is Motorola’s upcoming smartphone that will launch in the near future. And according to a leak, the handset will come pre-installed with Android 11 and will only get one major upgrade that is Android 12.

IST 04:02 pm: A screengrab of a Portuguese agent created a misunderstanding that the Moto Edge 2020 will receive Android 12 update. But now, a community admin has clarified that this smartphone won’t be getting the Android 12 update.

IST 01:54 pm (IST): Although the Moto Edge 2020 won’t receive the Android 12 update, the admin on the community forum said that they will continue to provide additional bug fixes for this handset based on the Android 11.

Hello everyone. As I previously mentioned there are no plans to release Android 12 for the edge 2020 model. However, that doesn’t mean we aren’t going to continue to support the phone with additional bug fixes on the Android 11 software.

We will continue to work to get improvements pushed out on the existing OS. I fully understand you want Android 12, but it’s not in the cards for this model. That being said, I am making sure the proper teams are hearing your feedback about not getting Android 12. (Source)

01:02 pm (IST): Admins on community forum are asking users to join the MFN program and if they are lucky, they will get to test the Android 12 update ahead of the general public.

02:08 pm (IST): Motorola appears to be pushing updates for some of its system apps to add support for Android 12.

A user shared a screenshot of the changelog provided on the Play Store for the Device Help app from Motorola wherein it’s mentioned that the update has brought the Android 12 UI theming and has also possibly added the phone numbers for service or help centers in the app (for Brazil).

01:56 pm (IST): The code of Motorola’s Android 12-based My UX 3.0 reveals that it’s latest OS will be using Google’s Monet theming engine, unlike Samsung and others which are using their own engine.

11:48 am (IST): When asked about the Android 12 update for Moto Edge 20 Fusion, the Motorola Admin said that nobody other than Motorola knows as to when it will be available.

Moreover, beta testing for Moto Edge 20 Fusion is not yet started or may have begun in some countries. And wait and watch is all the users can do for now.

However, the Motorola Admin in charge of managing has declined to this and said that they have not yet started any MFN testing opportunities for these handsets.

12:30 pm (IST): Motorola G 5G Plus users would be disappointed to know that the smartphone likely won’t receive the Android 12 update, according to a Senior MotoAgent.

04:23 pm (IST): While a report that came out on February 08 claimed that Moto G Pro has started receiving Android 12 update in the UK, the official page still says that it’s pending partners approval.

If you have received the Android 12 update on your Moto G Pro, then let us know in the comments below.

Note: We’ll add the tracker table to this article once Motorola seeds the Android 12 beta or stable update to any device.