OnePlus 9 Google Phone not working (stuck in hidden space) after OxygenOS 12 (Android 12) update? Here's how to restore it

Back in March of 2021, OnePlus released one of its fastest smartphones of all time, the OnePlus 9 and OnePlus 9 Pro. And recently, the developers updated the devices to OxygenOS 12 based on Android 12.

But soon after its release, many OnePlus 9 owners complained that OxygenOS 12 resembled ColorOS in many ways and expressed their dissatisfaction over OnePlus’ decision to remove several useful features. Soon after, they also paused the rollout to fix several bugs and issues that surfaced after the Android 12 update.

Having said that, it looks like OnePlus 9 users are now reporting (1,2,3,4,5) another issue where the Google Phone app is not working after updating to OxygenOS 12.

Many say that they had put Google Phone in hidden space on OxygenOS 11, but the option disappeared after updating to OxygenOS 12 making it impossible to use.

Some say that they are able to access the app by launching it from the Play Store, but it is not really a practical solution.

After installing the android 12 update on my phone a whole bunch of apps were undiscoverable on my phone’s home screen and app drawer. I realized that this was happening to the apps I had put away in the hidden space folder and was able to retrieve all but one, “Phone by Google”, which I find is a rather important feature for a phone. Now I can only access the app through the Play store, and reinstalling it unfortunately did not help. Has anyone else had this experience and has a solution?
(Source)

Before this latest update, I had a slew of apps hidden to keep my main app space clean. Now with the update, to access hidden apps, you are required to enter a code into the dial pad… Issue is, the dial pad is no longer available. I was able to get in to view my hidden apps through the settings in order to make my text messaging and internet apps available again, but ‘phone’ is not on the list. I’m assuming this is because it’s a system app and they locked it down, but now I have no way to make outgoing calls to unsaved contacts. Any advice?
(Source)

If the Google Phone app has disappeared for you after updating to OxygenOS 12 as well, fortunately, we came across a bunch of workarounds that seem to help.

The first one involves removing the privacy password, after which the phone app is visible in the app drawer again.

Hey! I had the same problem so I tried a couple of things and found a solution. You have to remove the privacy password you’ve set in order to stop using the lock, safe and hide. After you did this, the phone app appears in your app menu. I placed the app on my home screen and after setting up the privacy password again, the app doesn’t disappear no more. You won’t be able to hide the app however but yeah, small trade off until this gets fixed. (hopefully) I do find the new hide UI stupid though.. The previous one was easier in use. Anyway, hope this helps you out.
(Source)

The second workaround involves adding a widget on home screen for “OnePlus Scout” and searching for Phone.

Those with access to ADB can run a command that will delete the Google Phone app on OxygenOS 12 so users can download it once again.

Note: We have more such stories in our dedicated OnePlus Section so be sure to follow them as well. 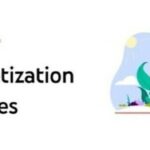