This story is being continuously updated…. New updates are being added at the bottom…..

Asus ZenFone 7 is the successor to the outgoing ZenFone 6 flagship from 2019, a device sold in India as Asus 6z. The ZenFone 6 had a couple or so interesting things to smile about when it launched back then.

Besides the massive 5,000mAh battery and top-end performance specs and not to mention the price, the phone also rocks one of the most interesting camera setups. The main camera flips into a selfie shooter on the press of a button, promising same-quality photos altogether.

Since there is nothing we can do to improve the hardware the phone comes with, the only other way to get new stuff on the ZenFone 6 is through software updates. And that’s exactly what Asus is doing right now. 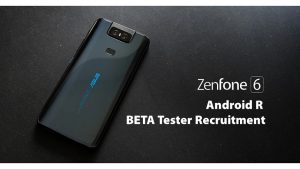 To make it a much better device, Asus has now started rolling out a new software update to the ZenFone 6 that bumps the base OS to Android 11. As you may have guessed, this is the beta version, so it will not come to your device the usual way (OTA).

Instead, you must download and install it manually, details of which you can find here.

IST 11:27 am: According to an Asus moderator, the Android 11 update for the ZenFone 6z (ZenFone 6) will bring some features that are present on the newly launched ZenFone 7. For more details, head here.

IST 02:30 pm: Going by the latest statement coming from a community moderator, the recruiter’s list is still being prepared and there’s no ETA for how long will it take for those eligible to be notified. Details here.

Apart from that, one of the moderators has also confirmed that ZenUI 7 and Android 11 are being evaluated for the ZenFone 5Z devices. Details here.

IST 11:32 am: Asus has begun rolling out the first Android 11 beta update for the Asus ZenFone 6 aka the ZenFone 6Z. The update arrives as version 18.0610.2009.37 and is available to those who successfully registered for the beta program. Head here for more details.

IST 02:29 pm: In response to a user’s query regarding the availability of Android 11 on the ZenFone 7, a mod stated that the update for the device is already being planned. This suggests that Asus may be close to releasing the beta for the device. More details here.

IST 12:24 pm: New developments suggest that the Android 11 update for the Asus ZenFone 6 (6z) is currently being tested internally and is expected to roll out in the fourth quarter of 2020. Thus, users can expect to see it roll out soon. More details here.

IST 06:49 pm: Asus, via the ZenTalk community form, has announced that the company is now looking for beta testers to test Android 11 on the ZenFone 7. Interested users can apply between September 23, 2020 – October 5, 2020 (CST time).

IST 04:17 pm: New developments suggest that Asus has begun rolling out the second Android 11 beta update for the ZenFone 6. This update is available as version 18.0610.2009.63. More details here.

IST 05:11 pm: According to new reports, it appears that Asus has released the Android 11 Beta 3 and Beta 4 updates for the Asus ZenFone 6 over the past few days. To know more, head here.

IST 04:45 pm: Apparently, Asus has decided to add CTS certification with upcoming Android 11 beta builds for the ZenFone 6 in order to offer beta testers a better user experience. Thus, users may be able to use banking apps while on the beta firmware too. Full story here.

IST 04:40 pm: Unlike the original ROG Phone which received only one major OS update, it has now surfaced that both ROG Phone 2 and ROG Phone 3 may get the second OS update as well. Head here for a detailed coverage.

IST 03:12 pm: It’s now coming to light that the devs may have located the fix for the issue that was delaying the Android 11 release on the ZenFone 6 devices. So one can expect the it soon if nothing else goes wrong. Head here for the detailed coverage.

IST 07:02 am: Asus 6Z (aka Asus ZenFone 6) is expected to get the Android 11 update soon. A moderator has stated that the update will arrive with the T-Mobile VoLTE support and several bug fixes.

IST 10:51 am: Another Android 11 update has arrived for Asus 6Z (aka Asus ZenFone 6) which appears to be the 14th beta version. The 99.39MB update brings a couple of changes to the device in question. Check out this story to know more about the Asus 6Z Android 11 update.

IST 04:28 am: The stable Android 11 update for Asus ZenFone 6 (aka Asus 6Z) is now live in the US. Head over here for the download link and more details about the latest OS update for the device in question.

IST 05:57 pm: The global, Russian, European, and Indian Asus ZenFone 6 (aka Asus 6Z) units have now received the stable Android 11 update. More details about the stable version of the latest OS update for the said device can found here.

IST 05:00 pm: There is a new development pointing towards the fact that the Android 11 update for the Asus ROG Phone 3 is about to commence. A few users reported that they got a notification about beta testing on their devices. Read on through this link.

IST 11:35 am: Going by the latest information shared by a community moderator, the Android 11 Open beta program for Asus ROG Phone 3 is currently under works.

IST 01:25 pm: The Japanese Asus ZenFone 6 (aka Asus 6Z) variant is now getting the stable Android 11 update. Find out more details about the latest OS update for the device in question by heading over here.

IST 12:16 pm: New developments indicate that Asus will kick-start the Android 11 beta program for the Asus ROG Phone 3 today. Head here to check out all the details.

IST 07:00 pm: Asus appears to have kick-started the recruitment for ROG Phone 3 users who wish to try out Android 11 on their devices via the beta program. More details here.

IST 06:11 pm: According to reports just coming in, Asus has plans to roll out the stable Android 11 update for ZenFone 7 and 7 Pro users after Chinese New Year celebrations. Details here.

IST 03:21 pm: Asus is allegedly still evaluating whether or not to upgrade the ZenFone 5Z to the latest Android 11 OS. Details here.

IST 04:50 pm: Asus Zenfone 7 and 7 Pro users have glad tidings coming their way as the company may release stable Android 11 in March, says a forum moderator. The update was postponed due to a bug and teams are already on it.

IST 06:10 pm: Asus seems to be prioritizing ROG Phone 5’s launch over ROG Phone 3’s Android 11 update. The company is still working on the beta program for the device, says a forum moderator. Head here to check out the complete coverage.

IST 02:10 pm: Asus forum moderator has revealed that a timeline for Asus Rog Phone 3 Android 11 update will soon be shared with the users. Head here to learn more about it.

IST 04:10 pm: Asus ZenFone 7 may very soon receive the stable Android 11 update as the ongoing bugs have been resolved with a beta update. The forum moderator hints at an imminent release. Read more about it here.

IST 02:36 pm: The Android 11 update is now rolling out to Asus ROG 3 beta testers. For more details, check this out.

IST 04:28 pm: A forum moderator has revealed that the Android 11 builds released for Asus ZenFone 7 and 7 Pro weren’t exactly stable and had bugs. Asus has halted the wider rollout of this update. It will roll out as soon as these bugs are fixed.

IST 02:28 pm: Asus ROG Phone 2 may get Android 11 but it is still under evaluation with no ETA as to when the final call will be taken, says a mod.

IST 10:14 am: Popular custom ROM, LineageOS, has just added official support for the Asus ROG Phone 2 for the Android 11-based LineageOS 18.1. This means users can flash this custom ROM and enjoy regular updates. More on that here.

IST 10:27 am: Finally, Asus is rolling out stable Android 11 to users of the ROG Phone 3. Below is that update’s changelog.

IST 10:27 am: Now, Asus is rolling out Android 11 to more users of the ROG Phone 3 in regions around the world including Russia, Europe, and Global.

IST 10:45 am: Finally, Asus is pushing out Stable Android 11 to users of the ROG Phone 2 to eligible devices starting with China.

The table above will be updated regularly to reflect the latest developments around Asus Android 11 update, be it the beta version, the stable version or even something related to new features and bugs, among others. 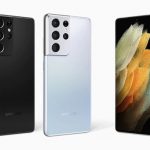 Samsung Galaxy S21 vibration not working on One UI 4 (Android 12) with new notifications, but there's a workaround