In the past hour or so, many Snapchat users from around the world have taken to social platforms such as Twitter to report that the app keeps crashing on their iPhones.

iPhone users say that after they installed a new update the Snapchat app began crashing upon opening.

The current version history on Apple’s App Store indicates that the app last bagged an update on June 21 as version 11.33.0.35.

This suggests that the details of the latest update are yet to be added. Nevertheless, here are some reports from users for reference.

Snapchat’s newest update has done nothing but crash Snapchat everytime I try to open it. Please fix this (Source)

@snapchatsupport updated snapchat and now it crashes everytime I try to open the app. I’ve uninstalled and reinstalled it too (Source)

Hey since the latest update on iPhone XS Max, the app won’t load up anymore! What’s going on? 😭 (Source)

Some iPhone users have even shared video proof of the app crashing on the device. Here’s one such example:

As you can see, upon launching the app, all users can see is the main page of the app for a split second before it crashes.

Further, the Snapchat app is only crashing on iOS devices such as the iPhone XS, XR, and others as there aren’t any reports of the problem from those in the Android camp.

Snapchat support was quick to catch on to the reports and responded to a user’s complaint that they’re looking into the problem.

The app’s support team didn’t share any ETA for a fix, however, considering that the problem appears to be affecting users on a large scale, it shouldn’t be long before it’s addressed.

As usual, we’ll keep tabs on the situation and will post an update once we come across any further information.

That said, an individual says that there’s no problem with the beta version of Snapchat for iOS devices. So, you can try signing up as a beta tester to use the app without any hassle.

if you install snapchat beta it wont crash (Source)

Do note that you may run into other issues with the beta version but at least you’ll be able to use the app. Well, hopefully.

07:06 pm (IST): Snapchat has published an official statement on Twitter acknowledging the iOS app issue, urging affected users to hang in there as devs work to fix it asap.

Snapchat’s SVP of Product — Jacob — confirmed that the problem should now be fixed for all users. 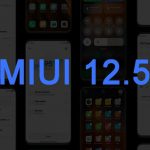 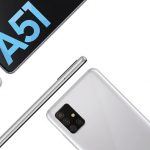