Several Apple Watch owners have been complaining of random but occasional heart rate readings spikes which can reach upwards of 150.

Now, such a pulse rate would totally have been understandable if it registered while a user was bench-pressing a hundred pounds at the gym.

However, complainants [1, 2, 3, 4, 5, 6, 7] state that the spikes occur when doing nothing exerting or even when sleeping, which can be quite alarming.

apple watch recording heart rate jumps/spikes from 120bpm to 167, I don’t feel any difference and saw a few other people post similar, is this a bug? Is it sweat build up under the watch? it panics me when I see it suddenly go from 120 after being steady to 160+ within a few seconds.
Source

I’ve noticed that once or twice during the day, there will be a random heart rate data point that is drastically too high. This has maybe happened about 2-3 times in the last week and doesn’t happen every day.
Source

As a result, quite a few users have had to set appointments with doctors to run tests, only for them to all come back normal.

But that’s not all. Several Apple Watch owners have also reported gaps in heart rate recordings, further solidifying the fact that something is wrong with the smartwatch, at least for some users.

Taking the Apple Watch to an Apple service center isn’t much help either as users say that they dismiss most cases since they are rarely able to reproduce the issue.

However, one user did state that they managed to get a ‘higher level support’ who did something ‘remotely’ to make the spikes disappear.

I had the same situation. The phone was still under warranty so I managed to get higher level support (default level support did not help). The technician did something remotely and the spikes disappeared. Good luck.
Source

Other than this, there isn’t any official acknowledgment from Apple. So if there indeed is a hardware issue affecting a few units of multiple Apple Watch models, it is unclear if and when they’ll get fixed any time soon.

However, judging from the fact that the number of complaints is still barely a tiny fraction of the total Apple Watch user base, it wouldn’t be wise to take any chances.

Therefore, it is recommended to first get checked up by the doctor if the Apple Watch is registering heart rate spikes before deeming the device faulty, to avoid any undue complications. 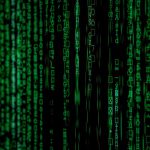 [Updated] OnlyFans down and not working? You're not alone 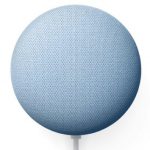