Android 11 release has inched closer than ever to its conclusion as most of the eligible devices from not just Oppo, but from every other OEM, have already bagged the update.

Oppo still deserves credit for doing a commendable job at rolling out the update to the slew of devices under its Android 11-eligible roster.

And it’s not just the eligibility of its devices that makes the company shine among the competition as the manner in which the releases have been conducted also deserves a mention. 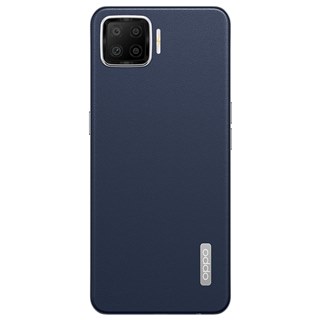 You see, Oppo publishes its update release plans for the month, on a monthly basis, so that device owners aren’t left in the dark regarding the status of the update for their device.

Most recently, we saw the June 2021 ColorOS 11 roadmap go live. Under it were several devices set to bag stable or beta Android 11-based ColorOS 11 updates this month.

And true to the company’s plan, the Oppo F17 has now been treated to the ColorOS 11 update based on Android 11.

For the uninitiated, the update adds a bunch of personalization features like 3 dark mode schemes, support for 3rd party icons, and more. There are also numerous UI changes as well, both to the apps and the overall system.

Speaking of the system, the ColorOS 11 update also brings along a performance boost with the use of AI App Preloading combined with improved RAM utilization, frame rate stability, and response rates.

The Android 11-based ColorOS 11 update for the Oppo F17 is currently rolling out only in India but we should be seeing other regions getting it soon as well. If you are an Indian Oppo F17 user and still haven’t gotten the update notification, then you might have to perform a manual check.

To perform a manual check, open up the Settings app and head over to Software Updates > Gear Icon > Official Version Application.

On this page, if the update is indeed available, then mark the ‘Apply Now’ checkbox and download and install it.

And as for users from other regions waiting for the Android 11 update for the Oppo F17, stay tuned to our dedicated ColorOS 11 tracker.

[Updated: Down again] Comcast/Xfinity services down or internet not working? You're not alone facing this outage