Realme entered the Chinese market two years ago with Realme X Youth Edition also known as Realme 3 Pro globally. It got great reception back then and is today among the top smartphone brands outside China.

Realme X Youth Edition had launched with Android 9 based Color OS and was promised to receive two major Android updates. But since then a lot has changed and now Realme has its own Realme UI, which made users wonder whether Realme will be able to keep its promise of providing Android 12 to the device.

But it looks like users have nothing to worry about as Realme has started the Realme UI 2.0 Early Access program for the Realme X Youth Edition.

Realme made the announcement via a post on the Realme Community.

Users can apply to the program to experience the latest OS ahead of the stable rollout.

Realme has stated that some third-party apps may not work on the Early Access build, so users should enroll at their own risk. To apply to the Early Access Program, users need to head to the software update menu in the settings app then tap on the gear icon in the upper right corner and choose the early adopter option.

Users will need to provide some needed information in order to complete their application into the program.

The program is only for 100 users at the moment, who will be selected on a first-come-first-serve basis. Those who are selected for the program should expect to get the Early Access update soon and will be notified about it by Realme.

In the meantime, we will keep following all the developments related to Realme UI 2.0 and keep you updated once new information becomes available.

Note: We have more such stories in our dedicated Realme Section so be sure to follow them as well. 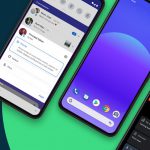 [Poll results out] Do you like the redesigned Google Play Store UI update?