We previously highlighted an issue with the Photo Mode where switching to the edit mode caused the UI to disappear on Xbox. This was fixed with the update 1.2.2 though.

There were also some reports of a ‘Bonus Content Unlocked’ visual glitch along with an issue where quest Flann over Ireland was bugged. These again are known bugs that are being worked upon, if not already fixed.

And now, there is another issue doing rounds about a broken interaction button/key on Assassin’s Creed: Valhalla.

Valhalla is not playable!!! Every second interaction doesn’t work, which prevents you from playing.
Source

@UbisoftSupport please fix the bug in AC: Valhalla the F key won’t do anything and it’s my interaction key can’t pick anything up nor talk to anyone.. the latest update screwed this up for me.
Source

It’s the former that now fails to trigger every second time though. The interaction function is pretty crucial on Assassin’s Creed and it being broken essentially renders the game unplayable.

Judging by reports, the issue seems to be affecting all platforms and seems to have begun following the 1.2.2 update that went live on June 14.

Thankfully, Ubisoft Support on Twitter just acknowledged the issue with the interaction button on Assassin’s Creed: Valhalla saying that the team is currently looking into it.

A workaround was also given out that may be of help:

In the meantime, please give these a try;
– Reset your control bindings back to the default settings
– Reassign the Interaction button with another one that is not used for any other direct action
Source

It is likely that the bug will be fixed with the upcoming 1.3.0 update expected to be released in ‘Summer 2021.’ In the meantime, we will continue tracking the matter for further developments so stay tuned.

For PC it only seems to happen the first time you load in after launching the game. If you exit to title and come back in it works. For me at least.
Source 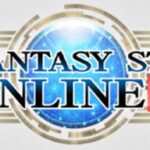 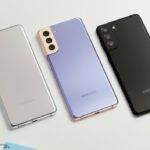