Asus ROG Phones have earned the company top spot in the gaming smartphone market. With hardware this great, Asus hardly has any competitors.

There are countless gaming events and championships where these Asus devices have proved their worth.

With Asus ROG Phone 5 gamers expect a flawless and blazingly fast gaming experience and the device has indeed checked all the boxes.

There’s only one department where it lags at present and that’s the PUBG 90 frames per second (FPS) compatibility.

Well, this isn’t exactly new. The same was the case with previous generations of Asus ROG Phones and multiple OnePlus devices.

Asus ROG Phone 5 users face the exact same situation with PUBG 90 FPS incompatibility. When enquired from Asus, forum moderators cleared that Asus has nothing to do with it.

It is only the PUBG development team that has to take this ticket forward as it has done in the past. Here’s what the mod has said.

As was the case with both the ROG Phone II and ROG Phone 3, 90 FPS support has to be enabled by the game developers through an update. Please check again after PUBG is updated. 🙂

This is the last thing a user who has spent thousands of dollars would expect from a leading gaming smartphone. But it is also not hard to understand that the device is still very new.

PUBG Mobile has a humongous user base and they certainly don’t want Asus ROG Phone 5 users to miss out on the PUBG 90 FPS feature.

PUBG Mobile continues to be part of the hot debate that occurred last year but that hasn’t reduced the game’s hype.

The game developers are consistently working to improve the gaming experience and will surely ensure that more devices get this feature.

This feature is expected to arrive bundled with an in-app update. So, users already know where to keep an eye on.

We will continue to follow the developments and keep users posted. In the meantime, one can check out our Asus Android 11 update tracker.

IST 12:10 pm: Now, there is an unofficial workaround that will allow you to play your games at 90Hz. This fix applies to other devices such as the Asus ROG 5, OnePlus 9, OnePlus 9R on Android 11.

NOTE: We have more such stories in our dedicated Asus Section so be sure to follow them as well. 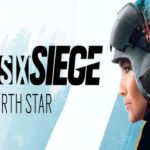