Google has finally announced the availability of Android 12 for Developers to get started with optimizing their apps for the next major Android OS update.

Android 12 brings a bunch of new features and improvements including a revamped user interface that appears to be inspired by Samsung’s One UI design language.

We’ve been keeping track of all the developments revolving around Android 12 and you can check them out by heading here.

While the release of the Android 12 Developer Preview has got most of us enthusiasts excited, some OEMs like OnePlus are still struggling with the Android 11 rollout.

Matter of fact, OnePlus has been left in the dust by other smartphone vendors such as Samsung, Oppo, and even Sony in regards to the availability of Android 11. Nevertheless, there are still many months left for the public rollout of Android 12 and you’re probably wondering whether or not your OnePlus phone is eligible for the update that should bring the OxygenOS 12 skin.

Well, OnePlus has made its software update plans pretty clear. For starters, the company would only seed 1 major Android update for the OnePlus Nord N series phones, whereas the OnePlus Nord and other flagships should get three major OS updates. More on this here.

This means that any OnePlus flagship that shipped with Android 9 Pie or later should be eligible for the update to Android 12.

Below is the list of OnePlus phones eligible for the update to Android 12:

Since the OnePlus Nord N10 5G and Nord N100 came with Android 10 pre-installed, neither of the two will be getting Android 12, bummer!

The list shared above is based on past trends and current expectations. OnePlus has not yet shared an official list of eligible devices.

However, the company has not yet divulged any details regarding its plans for Android 12. Once the Developer Preview program ends, it’s likely that OnePlus will kick-start the Android 12 Public Beta program.

The stable update should start rolling out to users within a few weeks from when Google rolls out the update to eligible Pixel phones.

We’ll keep track of all further developments related to the upcoming Android 12 update for OnePlus devices that is expected to bring the OxygenOS 12 skin here so we’d suggest bookmarking the page to stay up to date on the status every day.

IST 12:30 pm: OnePlus is reportedly working to bring a Theme Store in its Android 12-based OxygenOS 12 build. More on that in this OEF announcement.

IST 10:56 am: Android 12 Developer Preview is available for OnePlus 9 and OnePlus 9 Pro users but initial installers note that they’re unable to get past the setup process. For more on this and a potential workaround, check out our coverage here.

IST 13:26 pm: A first-look video of Android 12 Developer Preview 1 running on the OnePlus 9 Pro reveals that this is an AOSP build of Android with little input from OnePlus. The update is barebones and has a few broken aspects.

IST 18:15 pm: A new Android 12 Developer Preview build is now available for OnePlus 9 and OnePlus 9 Pro with a hotfix. However, there are several known issues as well. Head here for more details.

IST 19:40 pm: OnePlus CEO, Pete Lao, has recently said that OnePlus will moving for a deeper integration with Oppo for faster OxygenOS 12 (Android 12) and future software updates. More on that here.

Note: We’ll add the tracker table to this article once OnePlus seeds the Android 12/OxygenOS 12 beta or stable update to any device. 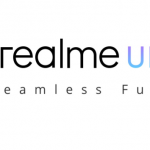 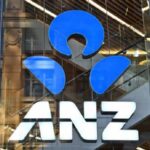 [Update: Southwest, Frontier airlines too] ANZ & other Bank apps & websites down or not working in Australia? You’re not alone